THE BANK OF ENGLAND HAS CUT INTEREST RATES TO 0.25% 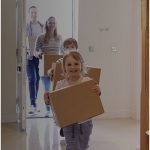 THE BANK OF ENGLAND HAS CUT INTEREST RATES TO 0.25%

The Bank’s governor had used a speech a week after Britain voted to leave the EU to reassure business leaders and investors that the Bank’s contingency plans were “working well” and that it was considering more measures to safeguard financial stability, this cut was not totally unexpected.

Sterling may now fall further reflecting an expectation of lower interest rates, softer economic growth and higher inflation whilst the FTSE 100 may rise as investors hope that looser borrowing costs would improve business and consumer confidence.

Interest rates have been at 0.5% for more than seven years after they were slashed during the UK’s downturn and the global financial crisis. Before the referendum, economists were forecasting that in the event of a vote to stay, the next move in official interest rates would be up so this is a change in direction against that recent forecast.

WHO WILL THE WINNERS AND LOSERS BE?

In the UK we are predominantly home owners rather than renters and therefore the immediate and most obvious beneficiaries are the mortgage holders. Beleaguered savers however will get lower interest payments on their savings.

The government can in theory borrow from the private sector at a lower interest rate, reducing interest costs on public sector debt but banks find it harder to be profitable and attract deposits. This can adversely affect the quantity of loans. Therefore, although it is cheap to borrow, in practice it may be hard to get the necessary finance. We may also see a further fall in Sterling, good news for exporters – bad news for importers.

Is Landlord Assistance on its way?

Nobody can deny that the financial support package provided…

SHHH.. it is no longer a Secret

It’s no secret, well, at least not anymore, that…